Who is perfect?
Neither she nor he.
She with a thyroid cancer,
and he with an osteosarcoma.

She had stars behind each eyelid,
dark black eyes, just like a black hole,
absorbing everything,
in the edge of her eye-shadow.

When he stared into her eyes,
she was staring back.
The two black holes collide,
merged,
And the choice was made.

Now, it was the beginning of their universe,
which was expanding fast enough,
Of wishes, cast on shooting stars,
And the whole Galaxy in their souls.

He was the soul of her universe,
And she was like a fixed star.
He said;
I know the sun will swallow,
The only Earth we will ever have,
I’m in love with you,
and some infinities are bigger than infinities.

They knew,
There will be no forever.
They decided,
If he and she became stars,
will create their own constellation.
Long after if they are gone,
with their love story,
spelled out in star dust.
It was only…
He and she,
and their Galaxy.

She was a brand new solar system now,
with constellation ever-changing.
He shrunked his universe within his arm,
They collide,
As stars in Galaxy far away,
Chaotic, devastating and beautifully,
in every single way.

It’s a metaphor,
you see…
You put the killing thing,
right between your teeth but,
you don’t give it the power,
to do it’s killing.

But who knew?
That’s the thing about pain,
It demands to be felt.
The universe wants to be noticed now.

The strong arms,
that was holding her inner stars grew cold.
You might wonder what it happened?
The two bodies burning brightly together,
One fade out into the universe.
Her life became heavier,
Because her universe was condensed.

What a way to be remembered?
What a legacy to behold?
He left, leaving her behind.
She lied on ground looking at sky,
May be their was a fault in their Stars.
She said, if you are okay?
Then I will be okay too. 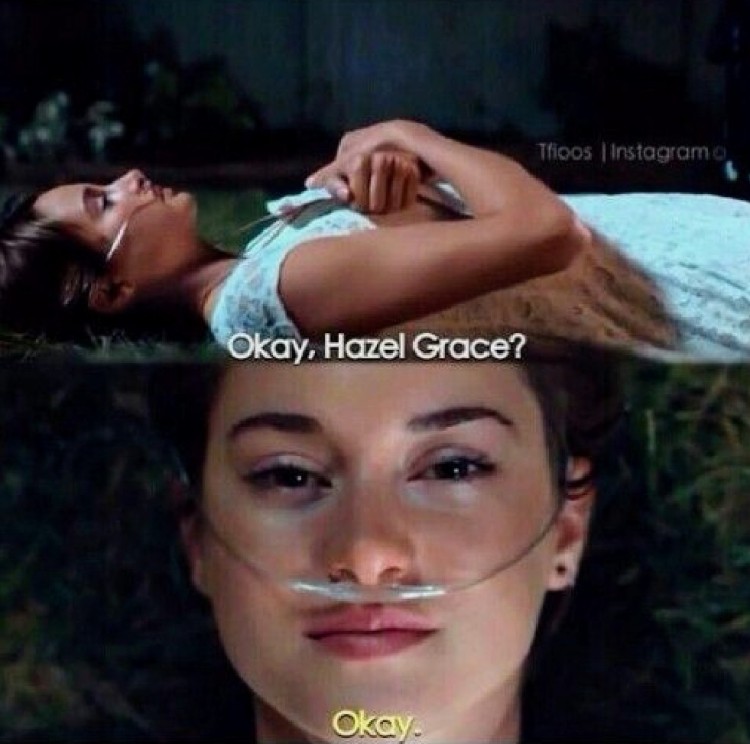 P.s- This poem is inspired by a novel Fault in our stars by John Green. This is one of my favorite novel and this is something I won’t be ever able to get over it. Sometimes you read a book and it fills you with this weird zeal and you become convinced that the shattered world will never be put back together unless and until all living humans read this book. This is what I felt.
It’s a beautiful love story of a 16 year old girl Hazel and a 17 year old boy Augustus. Hazel was suffering from a thyroid cancer and Augustus was suffering from osteosarcoma( a form of bone cancer).

I have tried telling you the story in form of a poem. This is kind of story, in which you will fall in love with the characters, the story will tell you how to love somebody in an unconditional way with all the flaws and never expecting life to be perfect. The two were walking hand in hand on the death path surviving all the heartbreaking events, enjoying life till they are alive, but who knew universe had something else in store. Augustus died before, leaving Hazel behind. She used to fear Oblivion, thinking all the pacts they made of loving each other. She said to Augustus, before the day of his death, you gave me forever within the numbered days and I am grateful. Maybe this okay will be our always.The novel concludes with Hazel reading Augustus’s words. He says getting hurt in this world is inevitable, but we do get to choose who we allow to hurt us, and that he his happy with his choice. He hopes she likes her choice too. The final words of the novel come from Hazel, who says she does. This is a story which will make you cry. I bet. But most importantly, will teach you how to love.